Dancing in the Kitchen

Yesterday I made bread using a flour mix I discovered at Yummy Nuts in McLaren Vale on the weekend – Bavarian Rye. Oh my! While it was rising it smelt like dark chocolate and when I took a peek I found it looked like melted chocolate! 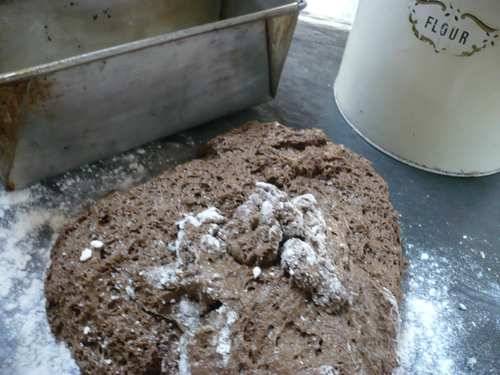 A bit later on and into the oven it went – a loaf and my first rolls! The results looked great and tasted awesome too and still somehow retained those bitter-sweet chocolate notes. 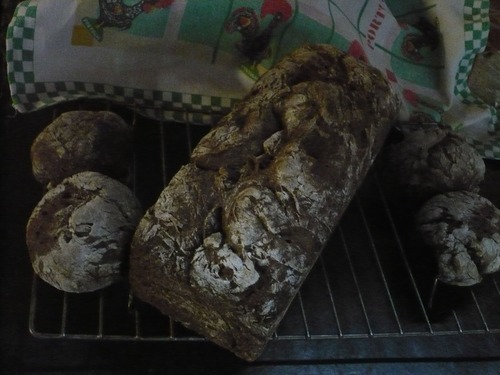 Then it was time to make dinner and with all the spinach and lettuce in the garden I felt inspired. Here’s a shot of some of the lettuce and spinach a few weeks ago. It’s gone gang busters since then in several garden plots and the first tomatoes have now set on this bush (bought as a seedling from Diane Bickford at the Willunga Farmers Market). 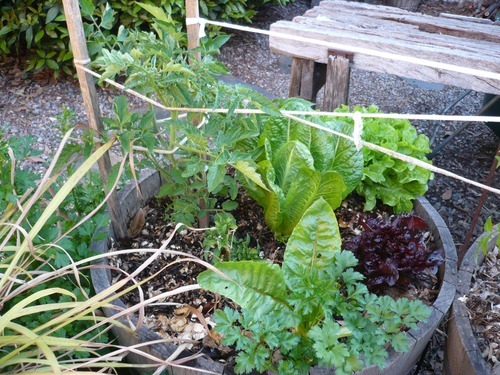 Quinoa cooking ensued and I popped some vegies in the oven to roast under the bread – including my first beetroot from the garden, some Tobalong cherry tomatoes and carrots from Virgaras. Meanwhile, on the stove top, mushrooms in butter and olive oil and some finely chopped rosemary. Once they’d sauteed a bit, I popped in the chopped spinach and some parsley and drizzled in a little verjuice to let it steam/saute. When each of these was done and cooled I added them to the quinoa to which I’d already added finely chopped lettuce, finely sliced radish, some oregano and basil.

I just love having awesome produce and while I like to buy local, my hubby and I love to buy food when we’re on holidays too, so the dish below features Murray salt flakes (oddly enough bought on our Grampians holiday last year), and pepper from Cambodia (where we were fortunate enough to eat pepper straight off the bush – hot and amazing!). Also featured in the salad was our own lemon juice, Bd Paris Creek feta, Coriole verjuice, and Hardings olive oil. 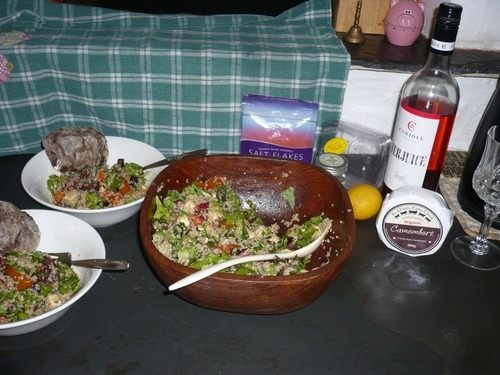 Possibly the best salad I’ve ever made!! Alongside it, a glass of (some would say, sadly), cask white wine from Banrock Station. But the cask keeps it fresh when it’s just me having a glass of an evening and the purchase supports the preservation of the natural flood zone wetland at the Banrock site on the Murray.

The only thing missing from this pictorial prose is the soundtrack. If there’s one thing I love more than playing in the kitchen, it’s playing in the kitchen with the music up loud and singing along! So if you really want the full experience, maybe start with this from Flight Facilities (just bought their debut album), and take it where-ever you like.