After much consideration – and lots of encouragement from people in the area – I’ve decided to stand for the City of Onkaparinga Council in the upcoming November 2014 local government elections in my own area, the Wine Coast Ward.

Here’s some highlights from the last couple of weeks of, sometimes, glorious weather: 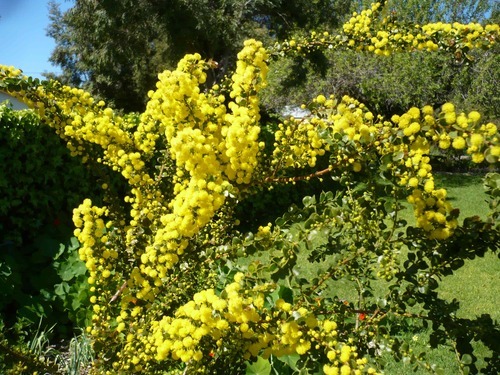 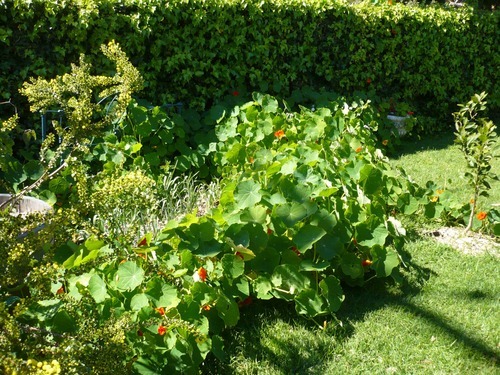 And the garlic are growing bold and tall amongst the nasturtium and the lime tree on the right, well, it looks better than it did! 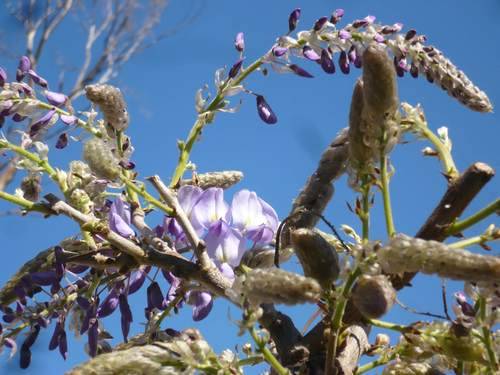 Plus, to the delight of passers-by, the first wisteria bloom has opened. They always take me back to my childhood and a wonderful wandering wisteria under which I imagined all the fairy tales in the world were true. 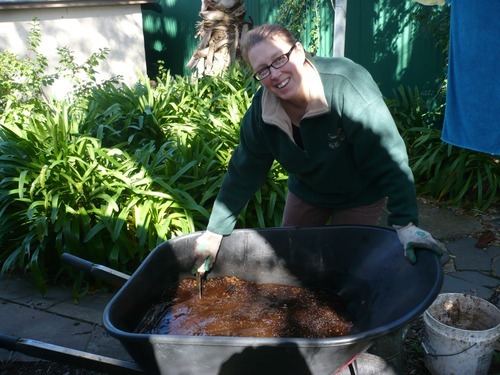 Meanwhile, the truth is that we live in a finite world and what goes around, comes around. Here I am with a wheel barrow full of worm castings liquid… Mmmm, not tea!

Amazing that this muck was once carrot tops, tea bags, celery ends, coffee grounds, potato peelings, spent cut flowers and the like. It’s a key component of making the garden grow and the worms don’t see their munching as a burden at all!